Notes: The cemetery is located in South Pittsburgh the Carrick section of the City.

Directions to Kever: Both the Shaare Torah Cemetery and the Beth Abraham Cemetery run along Stewart Avenue in the Carrick section of Pittsburgh. Contact the cemetery office for additional information: Location: Center, H 18 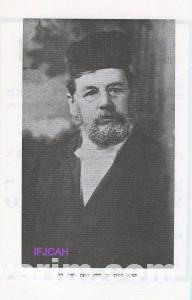 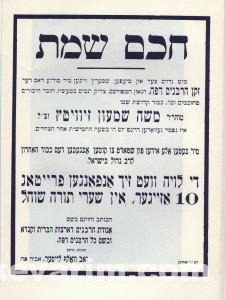 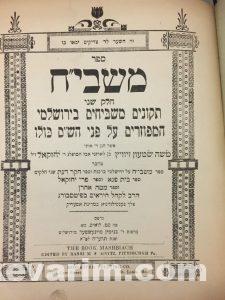 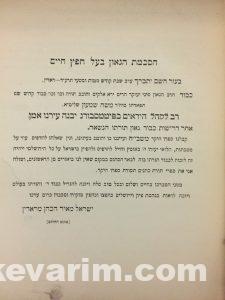 Bio Information:
Rav Sivitz was born in Zhitovyan (Kovno), Lithuania and studied in the Yeshivos of Slovan and Chelm, where he became a close disciple of Rav Eliezer Gordon, the Telzer rosh yeshiva. He also received semicha (ordained) from Rav Gordon and additional semicha from Rav Yitzchok Elchonon Spector, the Kovner Rav.
The Rav’s first pulpit was in Phikelin, Lithuania in 1885 but soon after moved to the United States. Before becoming the Chief Rabbi of Pittsburgh the Rav spent two years in Baltimore. Rav Sivitz, known as an outspoken critic against the Reform movement, organized the first talmid torah (day school) in Pittsburgh. The Rav was held in high esteem by many Rabbonim in Europe among them Rav Yisroel Meir Kagan, the Chofetz Chaim who wrote the approbation to his commentary on Talmud Yerushalmi (Jerusalem Talmud). As a side, the Rav delivered the keynote eulogy at Chief Rabbi Yaakov Yosef Joseph’s funeral. 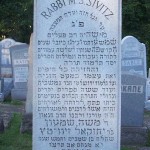 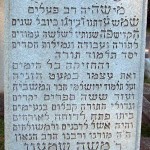