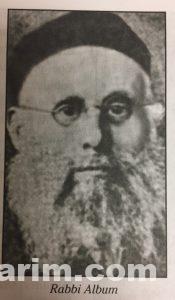 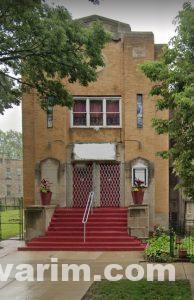 Bio Information:
The Raw was born in Tazitz, Kovno Province, Russia into a well-known rabbinical family (his brother, Rav Dovid Tevel Katzenellenbogen, was the chief rabbi of St. Petersburg). He studied in the Volozhin yeshivah. “I was a man of wealth and means … and I never strayed from Torah. It was on my lips day and night. This is how I thought I would live my entire life, but suddenly the wheels of fortune turned. [ln 1891] a great fire in my town destroyed my house, my belongings and all that I had, which forced me to … [immigrate to Chicago] where I was appointed a rabbi and teacher in one of the holy congregations ”. (Some sources record that the Rav was a rabbi in Russia and that he immigrated following pogroms). Rav Album, who was among the foremost champion of Orthodox Judaism in Chicago, was involved in community-wide activities and he supervised kashrus without receiving any remuneration. This latter endeavor was of supreme importance since Chicago was the nation’s slaughtering capital. His authority in this sphere was threatened in 1903 by the appointment of Rav Yaakov Dovid Willowsky also known by the acronym Ridbaz as the city’s chief rabbi. A struggle ensued between the two, which at one point erupted into a violent confrontation between the supporters of each side. It abated only when Willowsky left town the following year.  The Rav passed away at the age of 72.
Rav Meir Simcha HaKohen of Dvinsk (d. 1926) once commented to a group of visiting American rabbis that Rav Album was my best student.
Source: Chicago Rabbis 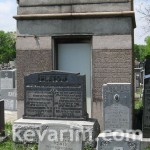 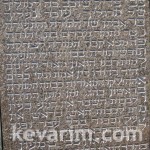