Notes: The cemetery is located off Schunnemunk Road alongside Bardichev Road , between Koznitz and Zenta Road. The cemetery can be hard to navigated. Asking directions prior to your visit is recommended. An updated list of interments is located on the bulletin board near the cemetery entrance.

Directions to Kever: The Kiryas Yoel Village Cemetery in upstate Monroe, NY can be hard to navigate. Asking directions prior to your visit is recommended. An updated list of interments is located on the bulletin board near the cemetery entrance. Location: Section Two, Row One 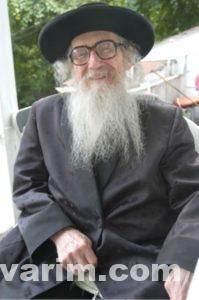 Bio Information:
Rebbe Amram Taub (Hebrew: עמרם טויב‎; c. 1917 – 2007) was the rabbi of over fifty years of Congregation Arugas Habosem, a synagogue in the Park Heights neighborhood of Baltimore, Maryland. Taub was called the “Brider Rebbe”, after his paternal ancestor Rabbi Aharon Tzvi Taub, the Hasidic rebbe of Brid in Hungary.
Taub was born about 1917 in Khust, Hungary (now Ukraine) as the eldest child of his father, Shmuel David, a grandson of the rebbe of Brid, and to his mother Yocheved Yitl née Grunwald, whose father was part of the Grunwald rabbinic family. Shmuel David, originally from Berehovo, had studied before their marriage under her uncle, Rabbi Moshe Grunwald (called the “Arugas HaBosem”), the rabbi of Khust. After his birth, Taub’s parents removed from Khust and later settled in Muzhay, Hungary (now Muzhiyevo, Ukraine) where they lived until the Holocaust. In his teens, Taub studied in the yeshivot of Rabbi Joel Teitelbaum, who later became the Satmar Rebbe, first in Kruli (Carei), then in Satmar (Satu Mare).
At age eighteen, Taub married Sarah Chanah Leah, the only daughter of Elimelech Lieber, a wealthy resident of Apsha near Solotvyno in the Maramureș region who was a trusted friend of Rabbi Chaim Tzvi Teitelbaum, the rabbi of nearby Sighet and the brother of the rabbi of Satmar. Having earned the admiration of the rabbi of Solotvyno and the surrounding villages, Rabbi Eisik Halberstam (the rabbi of Sighet’s son-in-law), he was appointed as the dayan (rabbinical judge) of the village of Behutz at the age of twenty, where he remained for about two years until he became, for a short while, a dayan in Solotvyno itself; this was his last position before the Holocaust.
During the Holocaust, Taub, his wife and their five children were taken to Auschwitz; he alone survived. His parents, who were then in the ghetto in Berehovo, as well as his maternal grandfather and his father-in-law were also taken to Auschwitz in 1944 and killed.
In the 1950s the Rebbe Rabbi Joel Teitelbaum asked him to come to Baltimore, where he established this synagogue. Taub gained a reputation for showing a love of people and an interest in improving their lives, for making peace between people, and for his joy in life and the opportunities it afforded for doing God’s will. He married six times, the last time in 1993.
He died on July 14, 2007, and was buried in Kiryas Joel, New York, next to Rabbi Joel Teitelbaum.
He was succeeded as Brider Rebbe and as Rabbi of the congregation, by his son, R’ Shaya Taub, and as assistant rabbi of the synagogue by his great-nephew, Aron Tzvi Taub
Source: Wikipedia 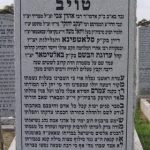