Notes: The cemetery is quite large and can be difficult to navigate, a detailed map from the office can be extremely helpful. Check cemetery website for office and gate hours. A $20 deposit is required for a Mausoleum key. 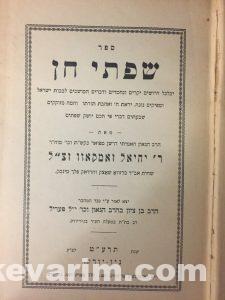 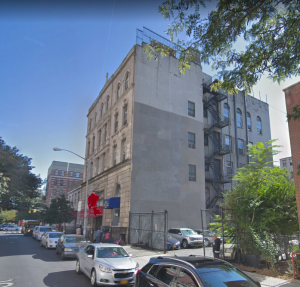 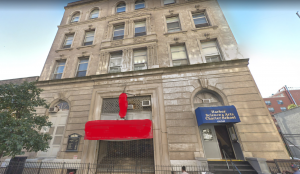 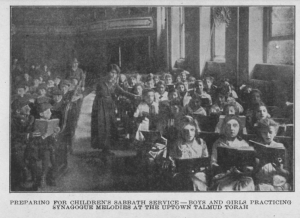 The Uptown Talmud Torah
In 1905, the Talmud Torah, founded in 1892, joined with the Hebrew Educational Institute to form the Uptown Talmud Torah Association. Their stated goal was to “the erection of a veritable Temple of Learning in the heart of Harlem, a large Hebrew School to contain 20 classes for boys and girls, with an auditorium, lecture hall, and library.”
By the 1910s, it was the largest Jewish school in America. Later the building housed Shearith Israel mi’Turkey Kehillah Kedosha, founded in 1911 and offering services in Hebrew and Greek. Several organizations met there including the Knights of Zion and the Herzl Branch of I.H.S.Z. The former Jewish center became the Commander John J. Shea Memorial School in 1943. John J. Shea (1898–1942) was killed in action in the South Pacific aboard the aircraft carrier Wasp. It closed in 1971.
Source: Matthew X. Kiernan 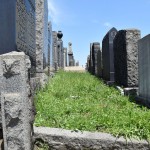 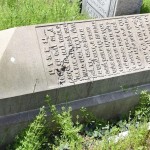 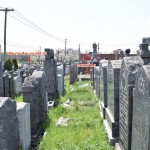