Notes: The cemetery is located near Vine Street 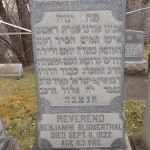 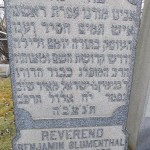