Directions to Kever: The actual kever sits on the grounds of the Machpelah Cemetery located in Ridgewood, Queens, however, access from Union Field Cemetery is recommended. Location: (From Union Field), Main Road, right on Path J past the trees into Machpelah Cemetery about fifteen feet to the right, look for candle box). It's in the same section as Rabbi Avroham Yosef Ash, See Map below. 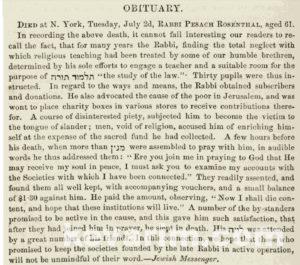 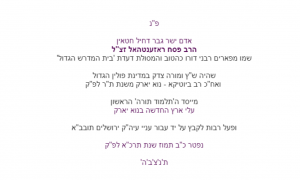 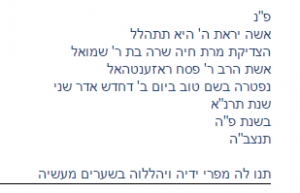 Bio Information:
Rabbi Pesach Rosenthal is credited with having founded and taught at the very first Talmud Torah in New York City and perhaps all of North America. In addition, prior to his arrival in New York City, he rabbinated in upstate Utica, NY.

Formation of the First Synagogues in Utica:
By 1848 there were enough Jews to form a regular minyan.  They initially held services in Max Levy’s home on Genesee Street.  They incorporated their congregation as Beth Israel on October 1, 1848.  An 1851 history of Oneida County recounted the formation of the congregation:
“This association fitted up and occupies the small wooden house of worship, near the corner of Whitesboro and Hotel Streets, and every seventh day, a considerable number of these descendants of Abraham repair to their “beth,” to worship the God of their fathers, after the manner of the law delivered to Moses.  Most of these people in this city are from the German Sates and Poland whence they have fled to this country, to enjoy the right of worshiping G-d according to their own law, and to escape the exactions of the tyrants who rule their native lands.  Rabbi Pinkus Rosentoll leads them in their worship and they now number about forty families.” An 1850 list prepared by a “messenger” from Palestine raising money on behalf of the Jewish community there, lists 17 Jews who provided donations.  The “messenger’s” notebook also contains greetings and notes, in both Hebrew and Yiddish, that Utica community members sent to friends in Palestine.
In 1850, Beth Israel was apparently reorganized as Adas Jeshurun.  Rabbi Isaac Leeser of Philadephia visited the congregation while passing through Utica in 1851.  Although underwhelmed by the appearance of the structure in which the congregation met, Leeser was impressed by its spiritual leader, Rev. Rosenthal: “Here, too we met with a congregation having a place of worship, which, however, we regretted not to find in as good order as it should be.  It is situated in Hotel Street, and is a wooden structure, and a little expense judiciously applied would render it as well-looking as the Beth-El at Albany.  We hope that this will be speedily attended to.  The minister is a learned Polish Rabbi, who wears the national costume.  His name is Rabbi Pesach Rosenthal, and he officiates as Hazan, Preacher, and Shocket, and attend other duties besides.  He is an illustration of the peculiar devotedness of the Jewish teacher to his calling, not rarely met within countries where the yoke of oppression weighs heavily upon us.”
Utica had a population of 22,529 persons in 1860 and ranked as the 39th most populous US city, according to the US Census Bureau. The city had become a significant transportation center– both canals and railroads– and manufacturing hub. A review of the 1860 Census shows approximately 60 probable Jewish families and nearly 300 individuals residing in Utica. Although Utica Jewry was concentrated in the city’s 2nd Ward for most of the late 19th century, the 1860 census shows Jewish families residing in the 3rd and 4th Wards in addition to the 2nd Ward.
By the eve of the Civil War, the Utica Jewish community had two congregations– Adas Jeshrun and Beth El– and its own cemetery. A dedicated Jewish burial ground was secured in 1857, when the trustees of the Hebrew Society (Abraham Cohen, Israel Holstein, and Levi Adelhoff, purchased a plot of land for $100 to serve as an “a free burial ground for all the Israelites on Jewett Street.”  This cemetery, which has served Utica Jewry for over 150 years, has been known by various names including Jewett Street Cemetery, Watson Place, and House of Jacob Cemetery.
By 1860, Adas Jeshrun had about 50 families as members– 100 males, 40 females.  According to a November 1860 letter from the congregation’s president, M. Freidman, to the Board of Delegates of American Israelites, Adas Jeshrun also had a Hebrew School with 30 pupils, undoubtedly all males.  In 1860, Adas Jeshrun families celebrated 15 births (8 males, 7 females), and sat shiva for five deceased members. Services were led by Reverand Bloomgarten. In addition to President M. Freidman, Adas Jeshrun’s other officers in 1860 were L Neaderlander (Trustee), B. Phillip (Trustee), SM Friedman (Secretary).
Source: Utica Jewish History Website

Map To The Kever Of Rav Rosenthal From Union Field Cemetery: 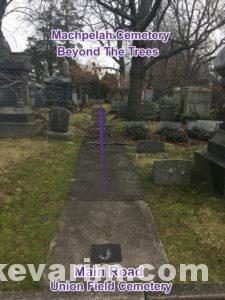 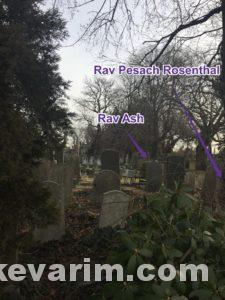 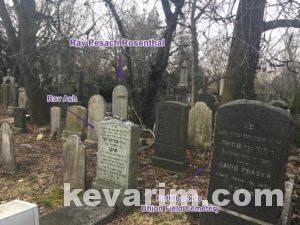 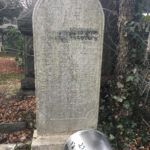 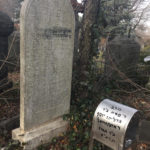 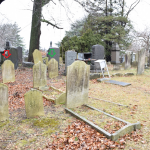 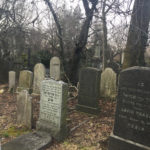