Directions to Kever: Har Hazesim (Mount of Olives) Cemetery - Jerusalem, Israel. It is strongly recommended for those unfamiliar with the cemetery to go with a guide. In addition, security is at times a concern. Location: Near the Leshem. Also, buried in that section is, Rav Hutner, Alter of Slabodka, Rav Kook, as well as many other notable rabboim 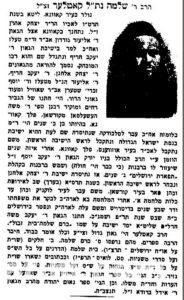 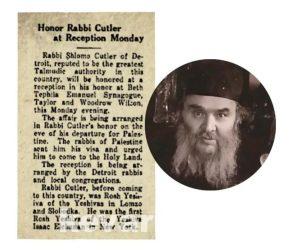 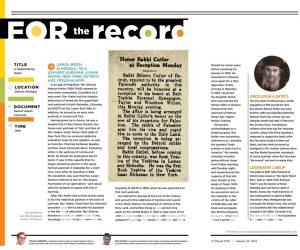 Bio Information:
Rabbi Kotler was born in Kovno, Lithuania. He learned there first under Rabbi Eliezer Gordon zt”l from Telshe and then in the yeshiva of Rabbi Yaakov Charif zt”l, who became his foremost teacher. He received semichah from many gaonim, among them Rabbi Yitzchok Elchanan zt”l.
At age 20, having served as ram in Lomza, he became the first rosh yeshiva of the famed Yeshivat Knesset Yisroel when it was founded in Slobodka. From there, he went on to become Av Beit Din in the city of Uzhvent, Kovno. When Rabbi Jacob Joseph zt”l, the chief rabbi of New York, fell ill at the end of his life, he invited Rabbi Kotler to serve as his associate. Upon coming to New York, he was appointed rabbi of Congregation Tifferes Yisroel, where he remained for three years.
Rabbi Isaac Elchanan Theological Seminary was founded within a few months of Rabbi Kotler’s arrival and he was shortly appointed as a rosh yeshiva. Several years later, he returned to Europe to be a rabbi in the cities of Kurshan and Luknik. He returned to America during World War I and settled for seven years in Detroit. Then he moved to Israel where he passed away. He authored numerous articles, which were published in the various Torah journals of his time, as well as many seforim, including Teshuvot Kerem Shlomo and Beit Shlomo.
Source: Yeshiva University 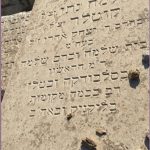