Notes: Beth Olam is broken into 3 sections, the Shaaray Tefila section is accessed from the second entrance (from the Jackie Robinson Expressway) front section before the cul-de-sac (approximate). Please note that paths are not well marked and there is no onsite caretaker.

Directions to Kever: The Beth Olam Cemetery is located on the Eastern side (towards Queens) of the Jackie Robinson Parkway on the Cypress Hills / Ridgewood border in Queens. The cemetery is kept in pristine condition however, unfortunately their records are in total disarray and paths are not well marked. Location: Second cemetery  entrance (from Jackie Robinson direction). Follow the road all the way up the hill until the last section before cul-de-sac, on the left side, family plot (See map below). Section: Shaaray Tefila 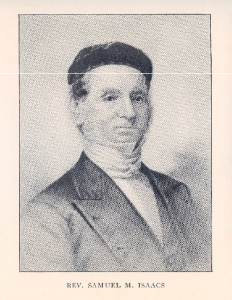 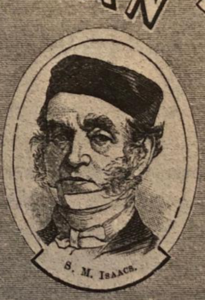 Bio Information:
Rabbi Isaac’s primary teacher was Rav Solomon Hirschell (d. 1842), Chief Rabbi of the British Empire. In 1839, with the encouragement of his Rebbe he accepted a position in New York as the spiritual leader (Moreh Dasrah, Chazan, preacher, est.) of Congregation Bnai Jeshurun. He later moved to Congregation Shaaray Tefila.  In 1859 the he tried organizing the first American national kehillah. 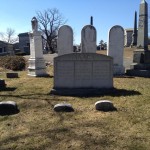 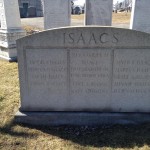 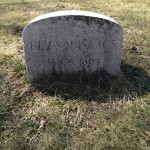 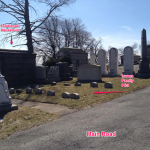 Credit: Map to the kever of Rev Samuel Myer Isaacs